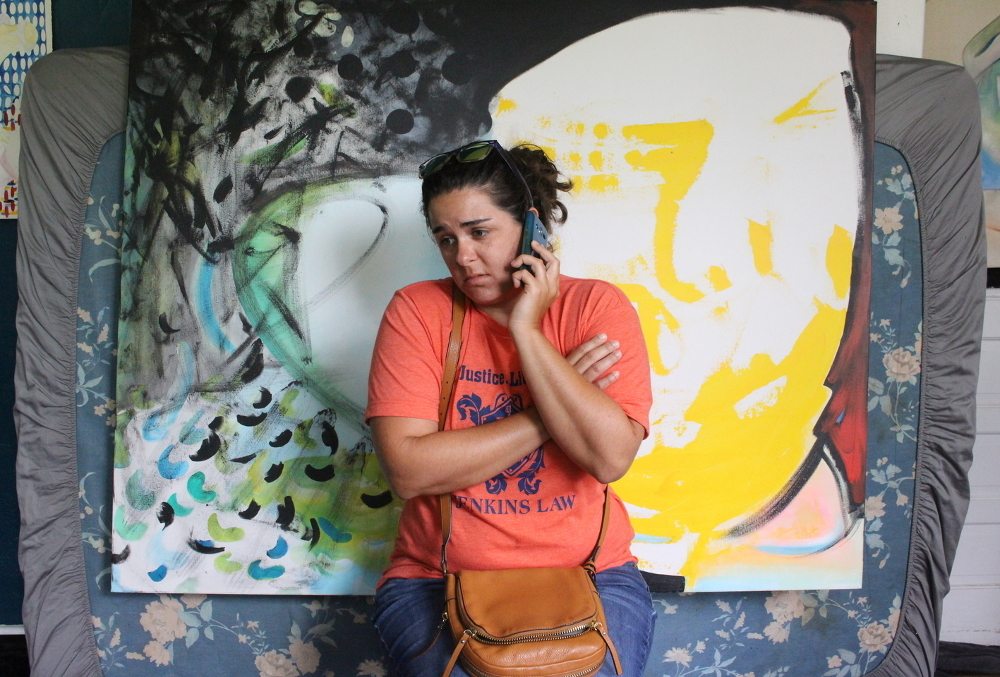 Toward the Next Level and a Better Fit: Files & Film

Intrepid photography artist and Creative Pinellas Emerging Artist Grantee Xina Scuderi dreamed up Files & Film while working in the photo department of a Walgreens five years ago. She decided St. Pete/ Tampa Bay needed a reliable annual juried all-photography show to both highlight the variety of work being made today and as a network pivot for dedicated and inspired artists, collectors and curators.

The Files & Film: Five Year Anniversary Invitational opening reception is Saturday, May 12 from 6 to 9 p.m. at Creative Soul Studio 2425 Central Avenue, St. Petersburg. Stop through on your rounds between downtown St. Pete and the Arts District. Normally juried, this year’s show was invite-only for 24 artists she felt rounded out her projected sampling of local talent.

“I decided to just invite people,” Scuderi said. “No open call. No taking money. No jurors. No awards. No sponsors. It’s always just so much work and I just did not see it as a good idea to make it juried again at Creative Soul. I really want to take it to the next level and make it a little more of a good fit for a juried show.”

After this year’s invitational milestone, she plans to resume the juried process with esteemed jurors at an art center. She’s on a mission to transition all she’s learned and discovered over this five-year-run into an art center staple show. She’s looking for a place to host the show in 2019, considering aloud Dunedin Fine Art Center and Mize Gallery, lamenting the Morean Arts Center is booked clear through 2019.

“This show in particular, why it works well–and I do try to take it from what I would want a show to be–I say, OK, I don’t want a theme. The theme is photography. No theme. Oh my God, no theme,” she said. “I want what people naturally make what is their own work. I’m not telling them what to make or do.”

Scuderi lists former jurors she’s enjoyed on the panel such as Robin O’Dell from the Museum of Fine Arts, Zora Carrier from the Florida Museum of Photographic Arts, Herb Snitzer, Beth Reynolds, she had Robin and Leslie from ARTicles giving an award for multiple years. And of course Nin McQuillen, who she met while working at Walgreens all those years ago.

“I’ve really tried to have people who I would want jurying as an artist,” she said. “Somebody I’ve heard of in the local community, someone representative of where I see the future being. ‘Oh, really? My work will be seen by the photography collection person at the MFA? Let me pay the $30 fee and see if this person likes my work. If I get in, then I’m on the right track here. Sometimes an artist has to be pushed to make their best work. Juried shows help me figure out where to go with the work.”

The first Files & Film was at Oleson Gallery downtown;  it was also the gallery’s last show before James Oleson closed it down in June 2014 and moved five blocks north to start the Bloom Collective.

“It was after your show with that damned goat eating the gold painted dead sticks and pooping everywhere,” Xina said. “Remember?”

Her next four shows were at Creative Soul, with one at Leslie Curran’s white-cube gallery down from ARTicles when they first expanded with the new space. It was a tight fit.

“Then they realized they could not do it again, it was too many people, too many artists, it’s not a space meant for 40 artists at one time,” Scuderi said.

But that doesn’t stop Xina from using whatever she has to in order to put on the best photo show she can. From a young Eckerd College photographer to seasoned photo veteran Herb Snitzer, (who has a kaleidoscopic Xina Scuderi photo of bananas and penises she gave me that somehow ended up on a wall in his house) she’s brought in 24 previous show participants and winners for this 5-year retrospective of Polaroids, B&W film, color film, digital prints, mixed media, fashion, landscapes, wildlife, chromogenic, composite work, stars and the eclipse, cyanotypes, nudes…

She wants to grow the show to be a running business that people look forward to participating and attending every year. She said the show cultivates relationships and collaborations among artists, they use work they did for the show to propose for grants and get those grants, and the awards they win for Files & Film goes on their CV, which Scuderi is proud of–it’s important.

Files & Films opens Saturday, May 12 from 6 to 9 p.m. The event is free and will be at Creative Soul Studio, 2425 Central Avenue, St. Petersburg, FL